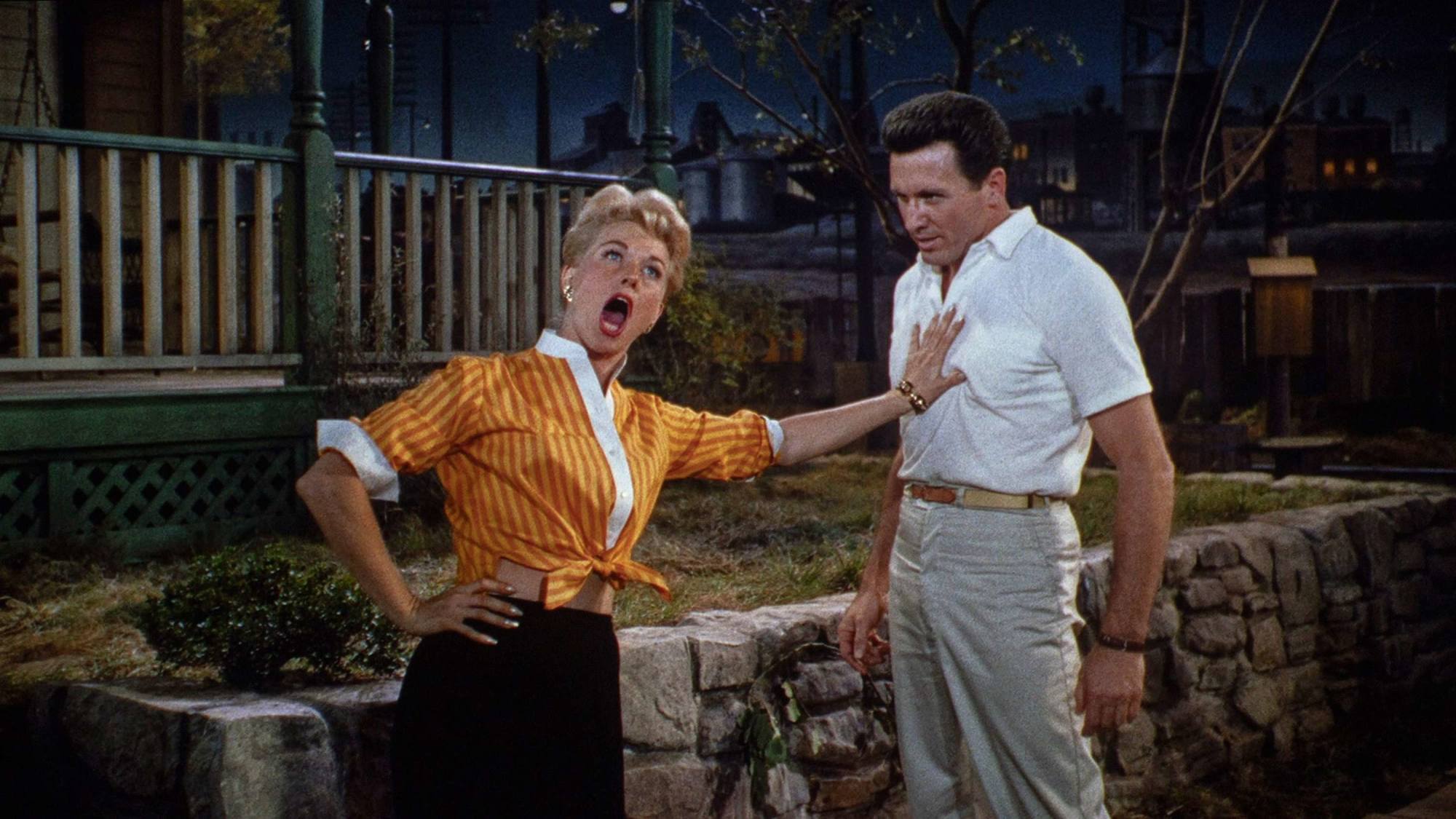 In celebration of what would have been Doris Day’s centennial year, the Academy Museum is pleased to present a matinee series of some of the singer and screen legend's best-loved films. Born in 1922, Day first made a name for herself in big bands. In 1948, at the age of 26, she made her screen debut (fittingly as a singer) in Michael Curtiz’s Romance on the High Seas. She would go on to star in over 40 feature and short films where her comedic timing, coupled with her impressive vocals, made her an immensely popular figure.

She would also go on to embody an ideal of “wholesome” white American women’s femininity. Yet, cracks in this image were always present. She assured readers of her autobiography that the “Miss Chastity Belt” title was as fictional as her onscreen personas, to say nothing of her own turbulent personal life.

Often cast in coquettish roles, she also played the fearless titular character in Calamity Jane (1953) and became a “Hitchcock Blonde” in The Man Who Knew Too Much (1956). Later reappraisals of her work also pointed to the fact she often played working women—arguments bolstered by the fact that she starred in The Pajama Game (1957), which Jean-Luc Godard called “the first left-wing operetta.” She raised eyebrows in Pillow Talk (1959), which featured heavy sexual innuendos for the time—those cheeky split screens! This performance garnered Day her sole Oscar nomination for Best Actress.

After her retirement from the screen in 1968, she devoted her life to animal welfare and remained close with Rock Hudson, her Pillow Talk co-star. Day publicly stayed by Hudson’s side after he became one of the earliest celebrities to confirm an HIV diagnosis despite the pervasive homophobic culture of fear around the virus at the time. She passed in 2019 at the age of 97.

Admission to all screenings in this series are $5; $4 for Museum Members.