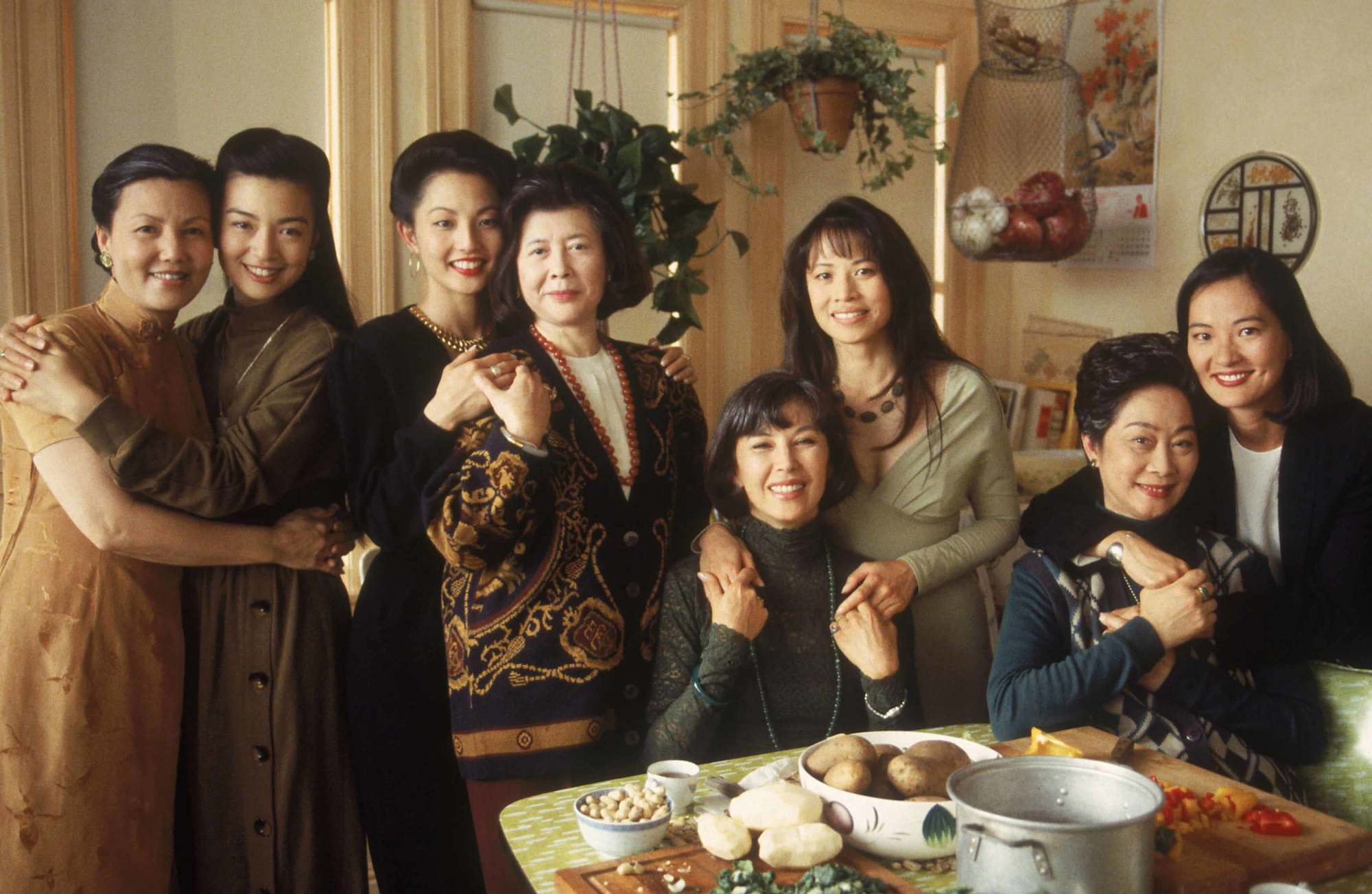 In the history of Hollywood studio films, only a handful have centered on contemporary Chinese American characters and cast with mostly Asian actors: Flower Drum Song (1961), The Joy Luck Club (1993), Crazy Rich Asians (2018), The Farewell (2019), and Everything Everywhere All at Once (2022). Based on Amy Tan’s novel about mother/daughter relationships, The Joy Luck Club was guided by Tan as co-producer and co-writer and Janet Yang as executive producer, with auteur Wayne Wang directing what became his pivot into mainstream studio filmmaking. Hiring white performers in yellowface was off-limits, and the film boasts an ensemble cast of trailblazing Asian American actors from two generations: veteran actresses Tsai Chin, Kieu Chinh, Lisa Lu, and France Nuyen portrayed the mothers, while Rosalind Chao, Tamlyn Tomita, Lauren Tom, and Ming-Na Wen played the daughters.