Determined to prove himself as a musician, despite his family’s ban on music, Miguel is transported to the otherworldly and colorful Land of the Dead and goes in search of his great-great-grandfather, a legendary Mexican singer, to gain his blessing as a musician and return to the land of the living. Full of rich and magical visuals, the film won two Academy Awards, including Best Animated Feature Film. 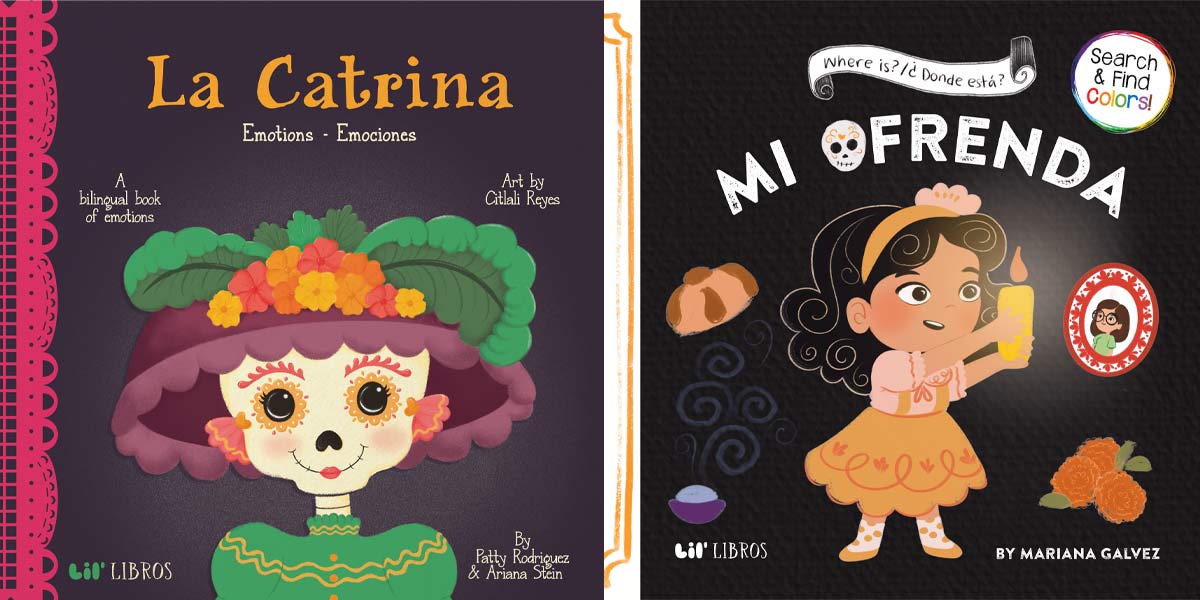 Join Lil’ Libros founders Patty Rodriguez and Ariana Stein, the authors of La Catrina: Emotions/Emociones, and Mariana Galvez, author of Where is? / ¿Dóndeestá? Mi Ofrenda,for a reading and book signing followed by a family workshop.