Our Building Character series will explore the behind-the-scenes crafts that come together to shape the characters we see on screen. 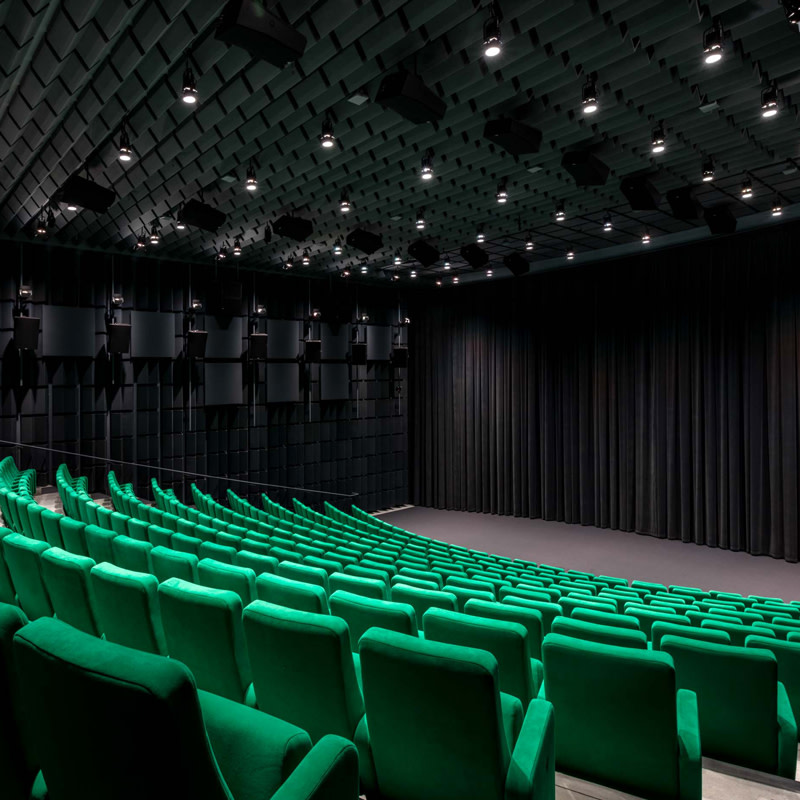 Our Building Character series will explore the behind-the-scenes crafts that come together to shape the characters we see on screen. This program will explore the craft of animation, which is highlighted in the Inventing Worlds and Characters: Animation gallery.

On Saturday, June 11, at 6pm, join us for an in-depth conversation with animators Renato dos Anjos and Kira Lehtomaki (Encanto, Wreck-it Ralph) as they discuss the creative journey of developing characters for animation, from design to production. The conversation will be moderated by producer Jinko Gotoh.

Jinko Gotoh
Jinko Gotoh is an Oscar-nominated producer and consultant for the animation industry. Her strengths and passion include the discovering and nurturing of diversified and creative talent and charting new technologies and creative processes. Gotoh’s producing screen credits include BAFTA-winner and Oscar-nominated Klaus (2019), The Lego Movie 2: The Second Part (2019), The Little Prince (2015), Oscar-nominated The Illusionist (2010), 9 (2009), and Oscar-winner Finding Nemo (2003). Gotoh is devoted to advancing the careers of women and all under-represented people in the industry. She serves as vice president for Women in Animation and is a member of the Academy of Motion Picture Arts and Sciences advocating diversity, equity, and inclusion on various committees. She also co-chairs the PGA Animation and VFX Committee and serves on the board of directors for Symphonic Jazz Orchestra, which provides K-4 music education to underserved neighborhoods in LA County. She holds a Bachelor of Science in Applied Math and an MFA in Film from Columbia University.

Kira Lehtomaki
Kira Lehtomaki (Head of Animation) joined Walt Disney Animation Studios in 2007 as an animation trainee in the talent development program. She’s contributed to a host of Disney Animation titles, including Oscar winners Zootopia (2016), Frozen (2013), and Paperman (2012), plus films including Bolt (2008), Tangled (2010), Prep & Landing: Naughty vs. Nice (2011), Tangled Ever After (2012), and Wreck-It Ralph (2012), as well as Ralph Breaks the Internet (2018), on which she was head of animation. Previously, Lehtomaki served as a junior animator on Alvin and the Chipmunks (2007) at Rhythm & Hues. At age 3, Lehtomaki saw Sleeping Beauty (1959) for the first time; she was mesmerized by the sequence of Briar Rose (Aurora) in the forest. By age 5, she knew she wanted to be a “drawer” for Disney. In addition to completing Animation Mentor’s online character animation program, she attended the University of Washington, majoring in computer science, and took part in the Disneyland Resort College Program. Lehtomaki resides in Burbank, California.

Renato dos Anjos
Renato dos Anjos (Head of Animation, Walt Disney Animation Studios) oversees character animation, working with a team of animators to realize the directors’ vision for each character’s personality. Dos Anjos joined Disney in July 2007. He served as animation supervisor on the studio’s animated feature Bolt (2008), as well as on the multiple Emmy® Award-winning holiday TV special Prep & Landing (2009). He served as head of animation for the arcade-game-hopping feature Wreck-It Ralph (2012), and on the Oscar-winning feature Zootopia (2016), as well as Ralph Breaks the Internet (2018). Over the course of his 33 years in animation, dos Anjos has worked on more than 100 television commercials and numerous animated features. Among his non-Disney feature credits is Sony Pictures Animation’s Surf’s Up (2007), as animation supervisor. For Sony Pictures ImageWorks, dos Anjos worked on several projects, including Robert Zemeckis’s The Polar Express (2004), Disney’s The Haunted Mansion (2003), and the Oscar-winning short film The ChubbChubbs! (2002). For his work on The Polar Express, dos Anjos received a 2004 VES Awards nomination for outstanding performance by an animated character in an animated motion picture for the character of Steamer. Born and raised in Sao Paulo, Brazil, dos Anjos initially wanted to be a comic book artist, but fell in love with animation as an intern in 1987 at the age of 14. He lives in Burbank, California, with his wife Andrea and son Gabriel.